A Progressive web app that has features to convert between Hexagonal, Octagonal, Decimal and Binary numbers, as well as summing, resting, multiplying and dividing them.

The piece that we started with is a scale model of David statue, we wanted to scan this model as a practice on how 3D scanning can be a great tool in design.

The equipment we had available to do the task is a Gom Scanner Atos Core which is a high precision 3D scanner that uses photogrammetry techniques to obtain detailed models of small objects.

The scanner comes with a calibration piece that is stored in a heavy duty briefcase for protection.

The calibration tool is a white piece with holes which is placed on the scanner bed, the software in the scanner will then use this piece as a reference for measurements. 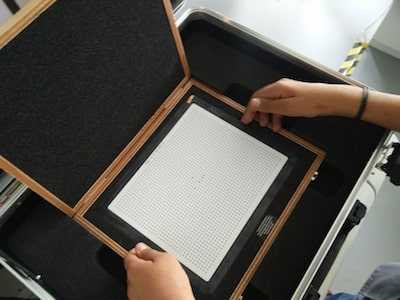 The software also asks for a temperature measurement of the bed, for which we used a thermometer. 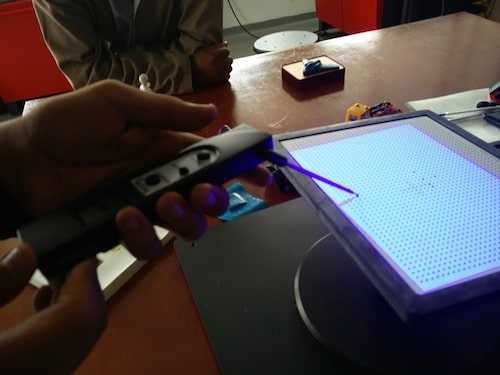 Once we input the temperature, the software will guide us on how to move the bed with the calibration tool. 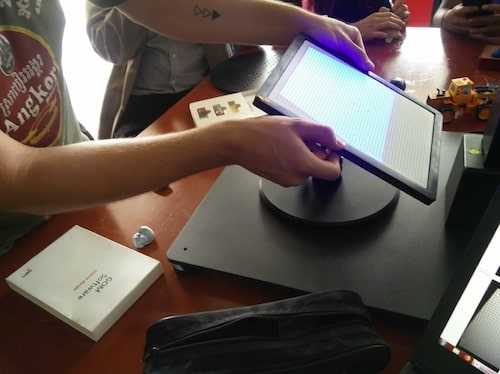 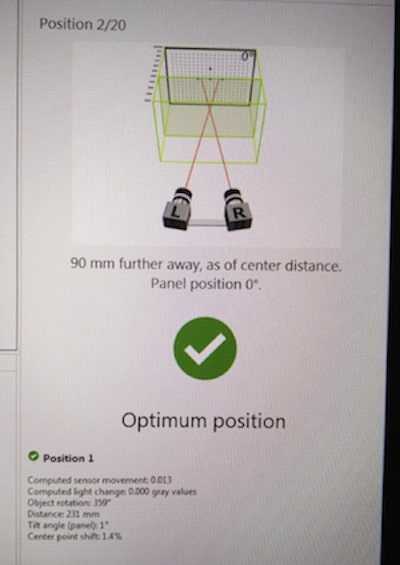 When we complete the set of instructions the software provides, we will receive a window with the calibration confirmation, as the below picture shows. 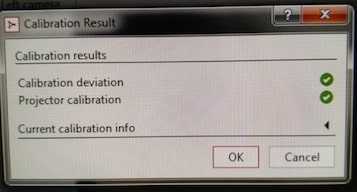 After calibration of the scanner, we proceed to prepare the piece to scan. For this task a set of stickers were placed on the piece which the software uses as reference when rotating the piece on the scanning bed. 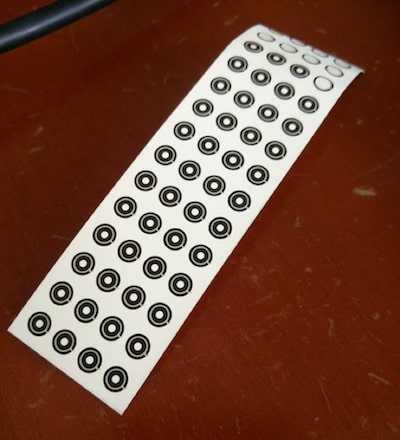 You need to put enough sticker so that the scanner can always see at least 3 markers. 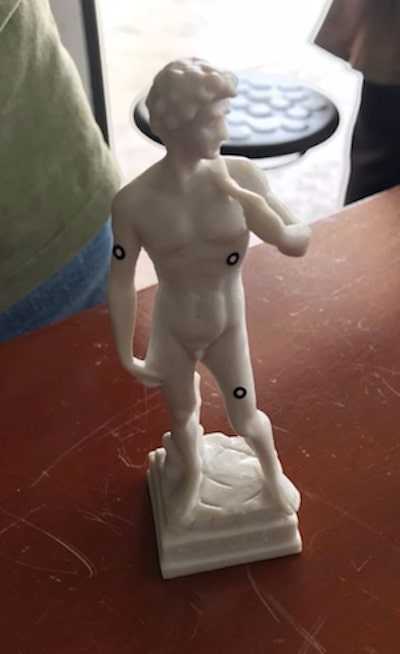 We then proceed to fix the piece to the scanning bed using bluetack.

Then using the software, we started to capture geometry by taking pictures of different positions as we move and rotate the piece around. 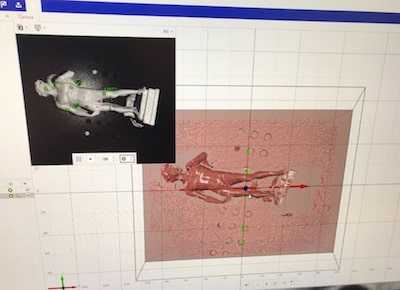 The file received to be processed was in the format of .stl file, which can be open and manipulated in several software tools. In our case we are interested in cleaning, combining and turning into a solid two separate pieces that we received by scanning a miniature statue of a David.

The software that we choose to use waa meshlab and meshmixer wich you are available as a free download, we use meshmixer because it offers an easy way of moving the scan around and also cleaning the parts that we don't need, while meshlab will be used to patch the parts of the scan that might be missing.

The scans received consisted of two .stl files that were the front and back part of the statue, this files had some cleaning since they had scans from the bluetack used to secure the piece to the bed, other than that the files were detailed and clean. In the next picture we can see one of the scans obtained. 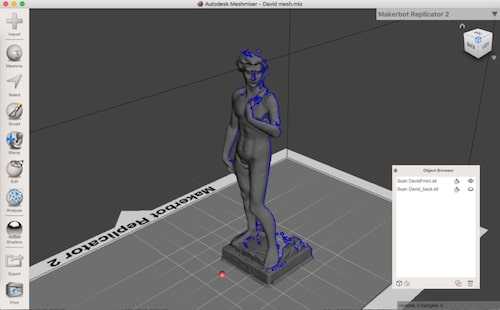 In order to align the two parts correctly the transform tool was used which allows us to rotate, scale and translate the scan. 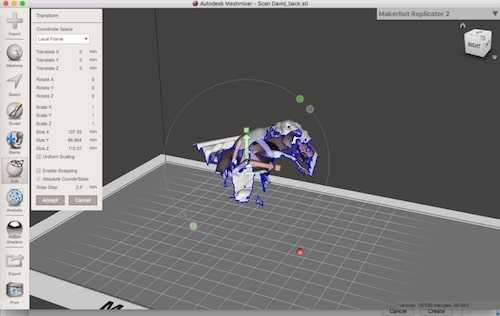 In order to clean each part we use the selection lazo tool which allows us to select a surface by drawing a circle around it. 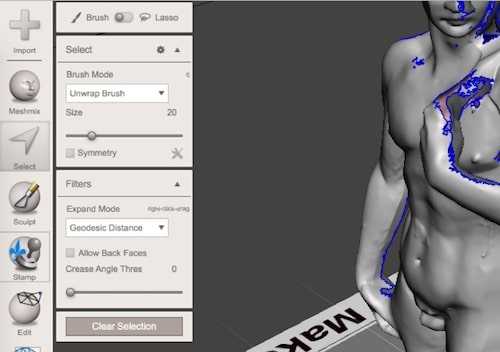 Then once you have the piece selected you can hit edit -> Discard or it's hot key x. 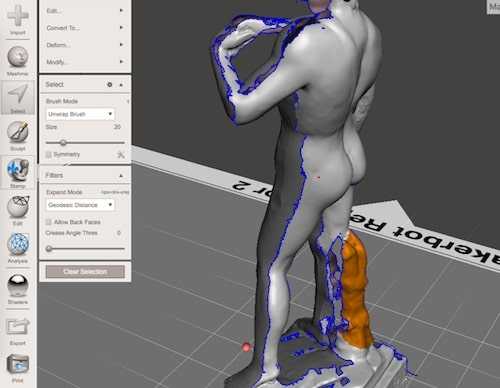 The next step consist in combining the two halves of the statue, which is done by using the Union tool that appears when you select the two scans. 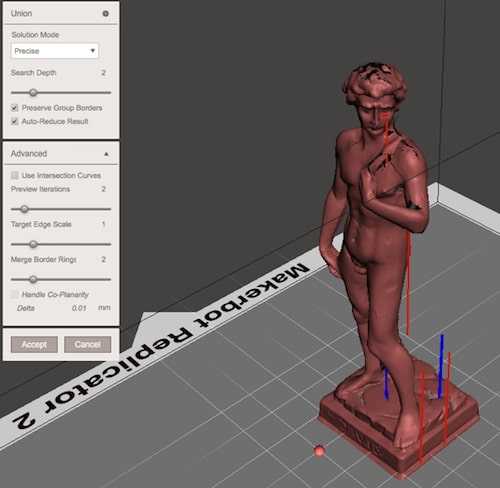 Once we had a single file, we proceeded two export it as an .ply file, which can be further manipulated in Mesh lab in order to close the gaps in the scans.

We use Meshlab to patch the surfaces that the scanner wasn't able to acquire. 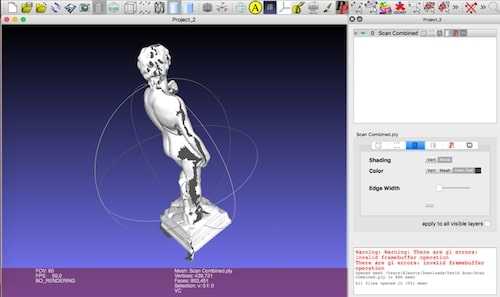 Once we imported the .ply file into Meshlab we proceeded to use the screened poisson surface reconstruction tool that can be found under the filters -> Remeshing, Simplification and reconstruction, with its default settings. 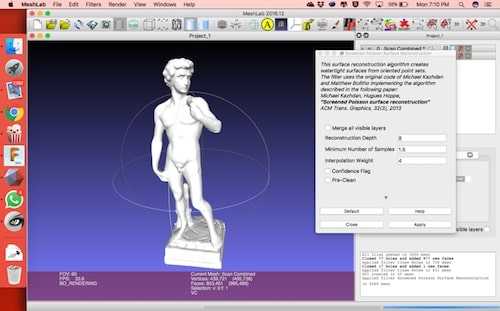 After the computer handles the calculations, we obtain a pretty good surface, where the newly generated surfaces integrate to the scanned ones. Next we save the file as both .ply and .stl to further use it in other applications like 3D printing. The next images show the finished scan in more detail. 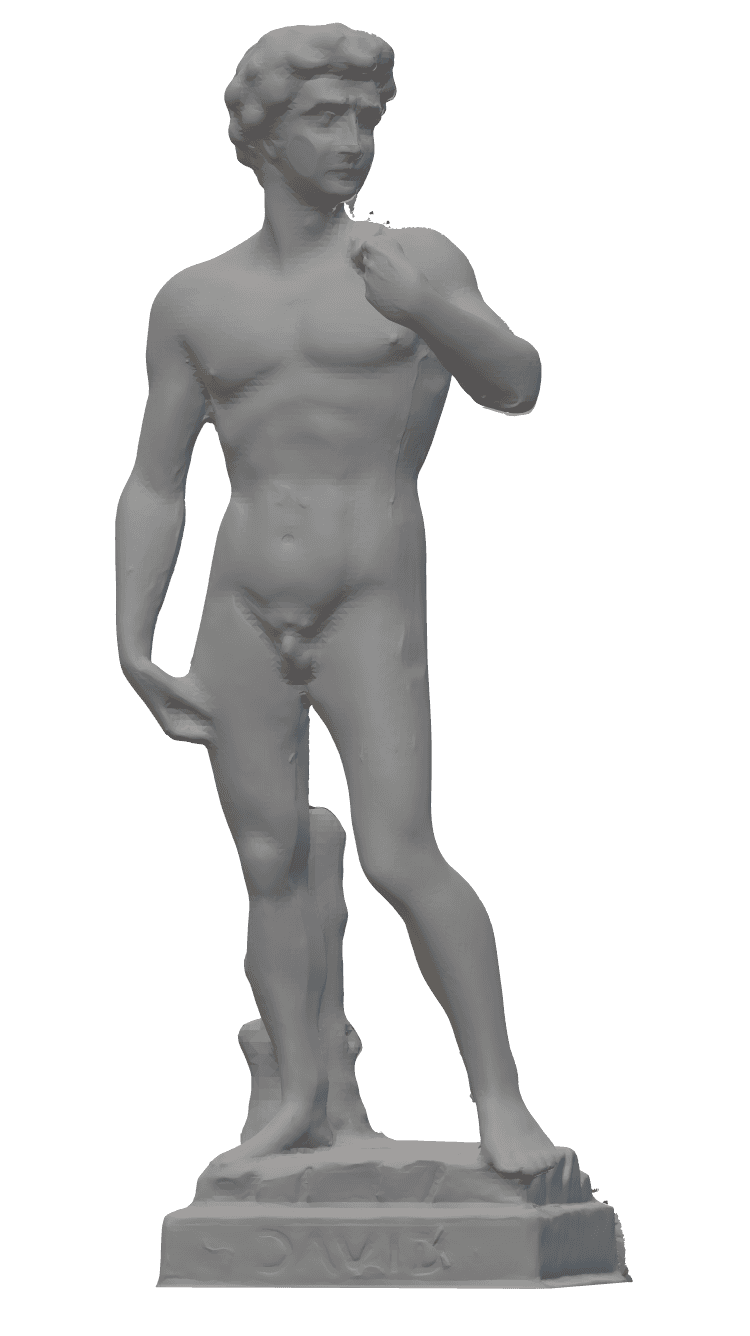 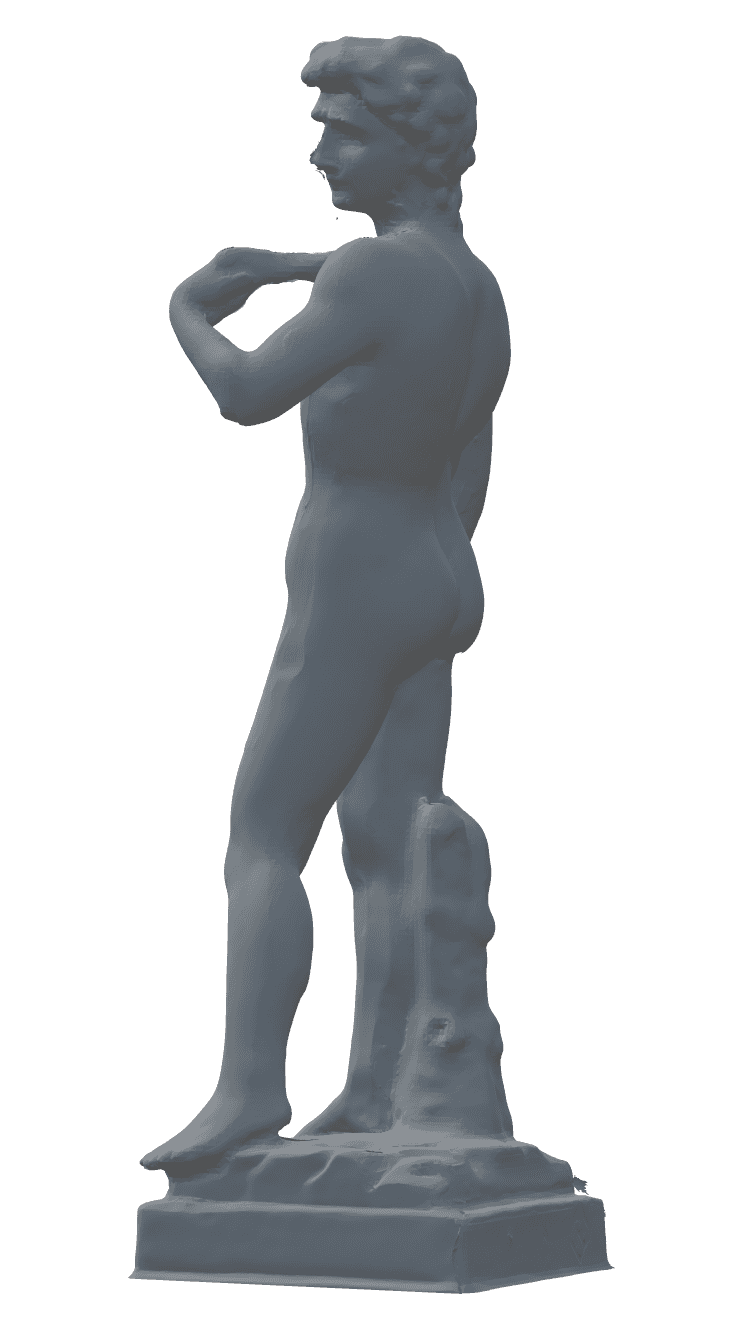